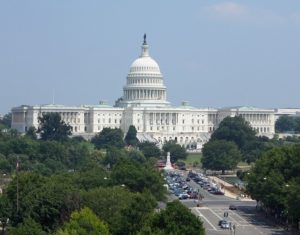 Congress finally just passed bipartisan legislation renewing the Older Americans Act for three years, sending it to President Obama for his certain signature. Passage comes almost 10 years since the Act was last reauthorized, a delay which has been a source of great consternation to older adults and their advocates.

What’s in the Bill

Why should you care? Simply because the legislation keeps core Older Americans Act programs intact, while adding improvements to the law. In essence, the bill allows older adults to remain at home and in the community by providing them with necessary services to maintain their independence. The Older Americans Act also saves Medicaid and Medicare untold millions each year.

A key feature of the final bill: specific funding levels for the programs, authorizing an increase of six percent over the next three years. The bill also tweaked the formula for allocating funds to the states by allowing increases for states with growth in their 60+ population and minimizing any loss in funding to ones that lose population.

It’s time for the Older Americans Act and its programs to stop being the best-kept secret in Washington, D.C.

A few specifics of the legislation:

It will help feed America’s elderly poor. Among other things, it maintains separate federal funding for congregate- and home-delivered meals and will continue allowing the transfer of funds from the nutrition program to support other services, such as transportation.

Two important improvements in the nutrition area: a call for greater inclusion of local fresh fruits and vegetables and allowing the services of registered dietitians more than ever.

It will combat elder abuse in important ways. Specifically, the legislation calls for improved training on elder abuse prevention and screening for those working in the aging field and will let long-term care ombudsmen assist all residents of long-term care facilities, regardless of age.

It will create new support for modernizing multipurpose senior centers. That is expected to provide better social and learning settings for older Americans.

It will help family caregivers. Older adults caring for adult children with disabilities will be eligible to participate in the critically important National Family Caregiver Support Program, just as older adults raising children under 18 can.

It will provide older Americans with better information about resources available to them. The bill calls for improved coordination between Aging and Disability Resource Centers, Area Agencies on Aging and other community-based entities to provide information and referral services regarding available home and community-based services for those at risk of residing in institutional settings or who already live there.

Important services specifically for American Indian and Alaskan Native populations are protected in this legislation.

Finally, the bill would require the federal government to provide guidance and best practices to states so they can better serve Holocaust survivors.

How The Bill Made It Through Congress

President Obama’s call at the 2015 White House Conference on Aging to pass the reauthorization of the Older Americans Act and a bipartisan letter sent by House members in early March 2016 helped push the bill over the line.

Now it’s time for the Older Americans Act and its programs to stop being the best-kept secret in Washington, D.C. and to begin the process toward the next renewal. That will come when the youngest boomers are 55 and a strong majority of them will be eligible for Older Americans Act programs.

The next renewal needs to be a key pillar in a national aging strategy that promotes independence of older adults through programs promoting healthy aging, employment opportunities and disease and elder abuse prevention. These programs work so well, and are so essential, that future funding for the Older Americans Act should be seen only as a sound investment of federal funds.

Bob Blancato is executive director of the National Association of Nutrition and Aging Services Programs and chair of the American Society of Aging.