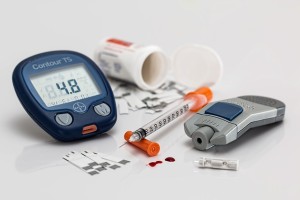 The prevalence of diabetes for American Indian elders across the United States is almost three times higher than the national average. American Indians and Alaska Natives suffer from diabetes more than any ethnic group and the disease is increasingly affecting younger Indians, according to Indian Health Service (IHS) records. In some communities, the prevalence rate is as high as 60 percent among adults.

For three decades, the IHS has served as a leader in the fight against the diabetes epidemic in American Indian and Alaska Native communities, earning national and international recognition for diabetes quality improvement. Major accomplishments include developing monitoring systems of diabetes clinical care, such as the annual IHS Diabetes Care and Outcomes Audit, and creating diabetes surveillance systems for tracking diabetes prevalence and complications.

The IHS Division of Diabetes Treatment and Prevention (DDTP) has also developed and mobilized an extensive network to conduct diabetes treatment and prevention programs and activities throughout the Indian health system. Given the limited resources available for diabetes care, the IHS focuses on applying scientifically proven methods to prevent the onset of diabetes and costly diabetes-related complications such as cardiovascular, eye, nerve, and kidney disease.

In the Balanced Budget Act of 1997, Congress established the Special Diabetes Program for Indians (SDPI) and provided $150 million over five years for “the prevention and treatment of diabetes in American Indians and Alaska Natives.” Funds have been reauthorized at $150 million per year through fiscal year 2013.

The major components of the SDPI are administered by the IHS DDTP. There are 336 community-directed diabetes programs in 35 states that implement diabetes treatment and prevention programs based on scientifically proven best practices. These programs are designed to address local community priorities.

Another 66 SDPI Demonstration Projects successfully completed a six-year program translating the results of diabetes prevention and cardiovascular disease risk reduction research into diverse, real world Indian health settings. As a result of their work, we now know that it is possible to reduce risk factors for diabetes and cardiovascular disease in American Indian and Alaska Native communities. These programs are continuing their prevention efforts as well as working on toolkits to help disseminate their positive results, best practices, and lessons learned throughout Indian Country. 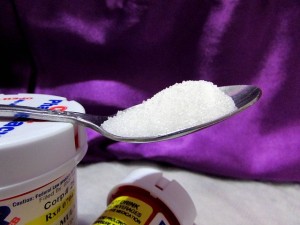 Diabetes health outcomes have improved significantly in American Indian and Alaska Native communities since the inception of the SDPI. One of the most important improvements is a 10.8 percent decrease in the mean blood sugar level (A1C) of American Indians and Alaska Natives with diagnosed diabetes, a major achievement over 16 years. Decreases of this magnitude translate to an almost 40 percent reduction in diabetes-related complications.

Dr. Charles Grim, Director of the Indian Health Service, stated the agency statistics show that diabetes increased 128 percent among teens aged 15 to 19 between 1990 and 2004. On average, American Indians and Alaska Natives are 2.2 times more likely to be diagnosed with diabetes than non-Hispanic whites of similar age. These risk factors include family history of diabetes, gestational diabetes, obesity, physical inactivity and poor eating habits. Diabetes is particularly common among middle-aged and older adults.

According to IHS, the age adjusted diabetes mortality rate was 70 percent for American Indians and Alaska Natives in 2004.  Nationally, it was 20 percent for all races.  According to U.S. Census in 2000, about 52 percent of the American Indian and Alaska Native population is 55 and older. The unemployment rate (active workforce) is almost double the national average at 7.6 percent with 25.7 percent living below the poverty level.

Most tribal communities are rural communities where access to health care is limited and extreme poverty makes maintaining a vehicle difficult. Many families have one car for as many as four extended families. Jobs are often scarce and wages are 25 to 50 percent lower than the national average. Transportation and access to prevention programs is one of the major barriers to the community prevention efforts, but education on the issues related to diabetes and the fragmented community mobilization efforts also make for the incomplete intervention strategies among many tribal communities.

Diabetes is a health problem that desperately calls for education and other prevention services. We know that lifestyle changes can prevent diabetes. It has been proven that if people eat right, lose weight and become physically active, they can halt the progression to full blown diabetes.

Diabetes is a group of diseases marked by high levels of blood glucose from defects in insulin production, insulin action, or both. Diabetes can lead to serious complications and premature death, but people with diabetes can take steps to control the disease and lower the risk of complications.

Type 1 diabetes previously called insulin-dependent diabetes mellitus or juvenile-onset diabetes, results when the body’s immune system attacks and destroys its own insulin-producing beta cells in the pancreas. To survive, people with Type 1 diabetes must have insulin delivered by injection or a pump. This form of diabetes usually strikes children and young adults, although the disease onset can occur at any age.

Type 2 diabetes previously called non-insulin-dependent diabetes mellitus or adult-onset diabetes occurs when the body does not make enough insulin or cannot use the insulin it makes effectively. As the need for insulin rises, the pancreas gradually loses its ability to produce it. The following factors increase a person’s chances of having Type 2 diabetes: a family history of diabetes, being a member of an ethnic group such as American Indians or Alaska Natives, being overweight or obese, having had diabetes while pregnant (gestational diabetes), having high blood pressure, having abnormal cholesterol (lipid) levels, and not getting enough physical activity.

Diabetes can affect many parts of the body and can lead to serious complications such as blindness, kidney damage and lower-limb amputations. Working together, people with diabetes, health care providers and support groups can reduce the occurrence of these and other diabetes complications by controlling the levels of blood glucose, blood pressure and blood lipids, and by receiving other preventive care in a timely manner.

Diabetes is a self-managed disease. People with diabetes must take responsibility for their day-to-day care. The chances of having diabetes complications can be reduced or delayed significantly by keeping blood glucose (blood sugar), blood pressure and cholesterol levels in the target range.

The National Diabetes Education Program recommends the following targets for reducing risk of heart disease and stroke for people with diabetes:

American Indians and Alaska Natives have the highest diabetes prevalence rates of all racial and ethnic groups in the United States. The Centers for Disease Control and Prevention (CDC) predict that one in two American Indian/Alaska Native children born in 2000 will have type 2 diabetes in their lifetime unless the current trend is halted.

More than 16 percent have been diagnosed, compared to 8.7 percent of non-Hispanic whites. One in six American Indian and Alaska Native adults have been diagnosed with diabetes — more than double the prevalence rate for the general U.S. population.

According to the CDC and Indian Health Service (IHS), in some American Indian and Alaska Native communities, the diabetes prevalence among adults is as high as 60 percent. The Pima Indians of Arizona have the highest rates of diabetes in the world, with more than half diagnosed with type 2 diabetes. IHS data also shows that American Indians and Alaska Natives have a higher incidence of long-term complications from diabetes and that they develop it earlier in life.

Kidney failure from diabetes among Native Americans and Alaska Natives was once the highest of any race. But it dropped by 54 percent between 1996 and 2013 after IHS began employing a comprehensive diabetes program, which included clinical care improvements as well as public health and population management approaches.

Good diabetes care includes regular kidney testing and education about kidney disease and treatment. Kidney failure can be delayed or prevented by controlling blood pressure and blood sugar and by taking medicine that protect the kidneys.