The National Indian Council on Aging (NICOA) was invited by the Centers for Disease Control Foundation to apply for a grant in 2021 focusing on the issues of social isolation and loneliness among American Indian elders, which increased from tribal community stay-at-home orders during the height of COVID-19 in 2020 and continued into the following year.

The goal of the campaign was to disseminate information about the issues, create culturally appropriate information and identify resources for our elders. The campaign included three one-minute videos that were broadcasted across the GoodHealthTV network in Indian Health Service waiting rooms. It also included three radio PSAs that were disseminated across the Navajo Nation and during episodes of Native America Calling, the nation’s only daily live Indigenous radio call-in show.

In addition to broadcasts, NICOA continued the campaign across social media, creating graphics for each target audience and messages about the harm that social isolation and loneliness has on elders in our communities. The messages included the positives of elders connection – they live longer, have fewer hospital visits and can avoid issues such as Alzheimer’s and dementia.

NICOA also launched a youth-elder engagement video and photo contest, created a downloadable coloring book and obtained self-care tips from caregivers to share with others. In exchange for self-care kits, natural personal hygiene products from a Native company in New Mexico. 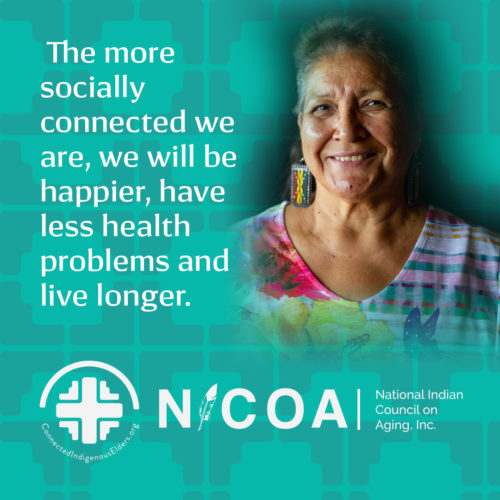 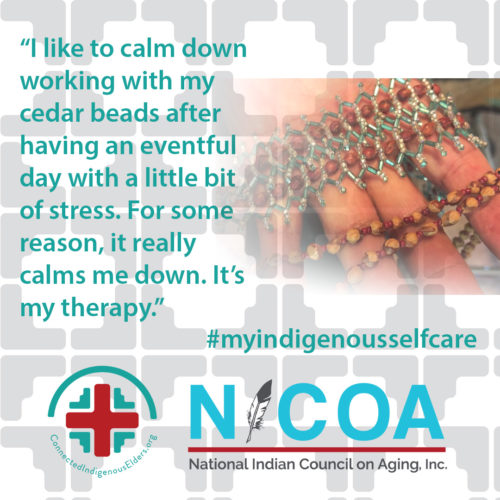 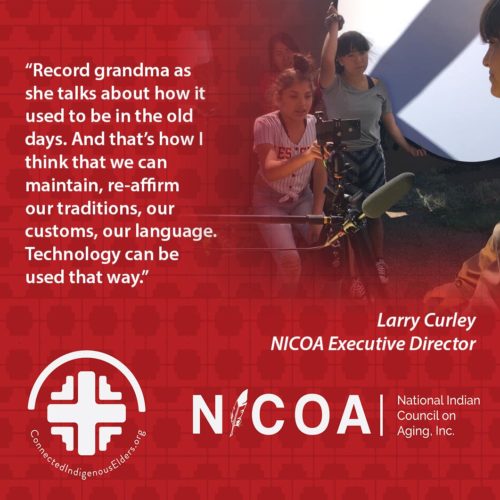 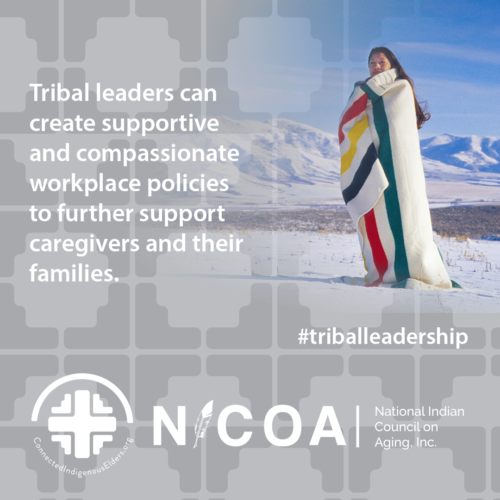 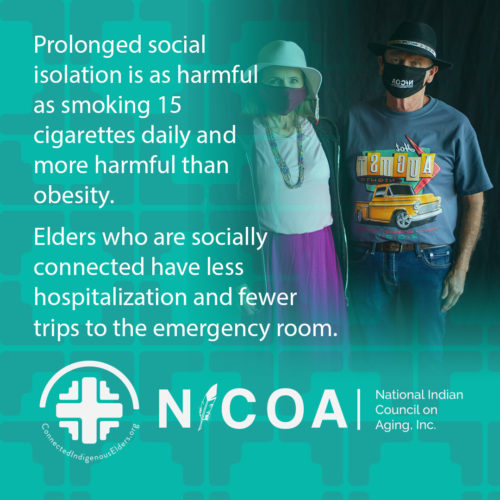 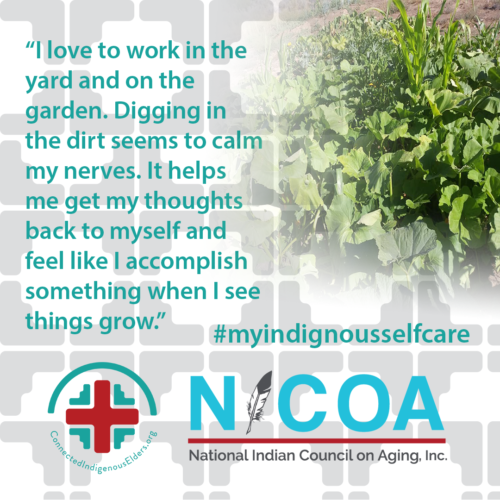 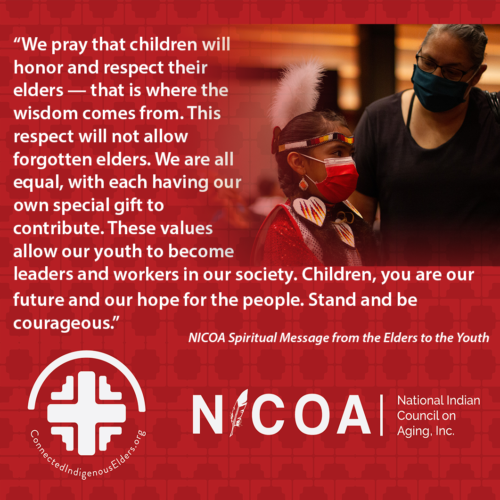 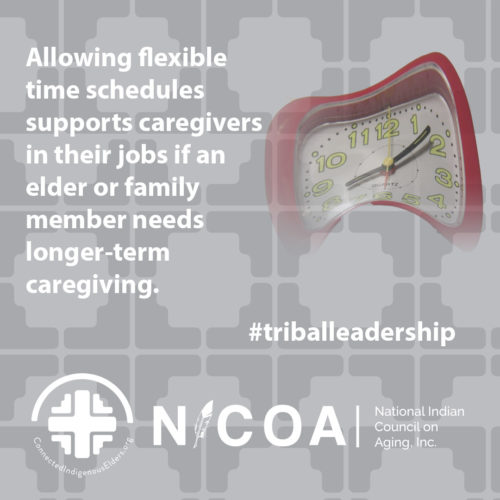 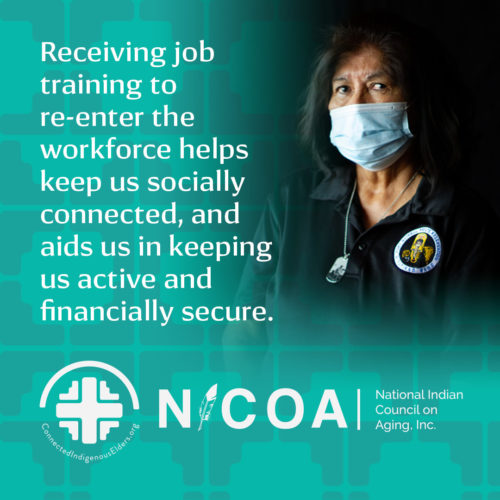 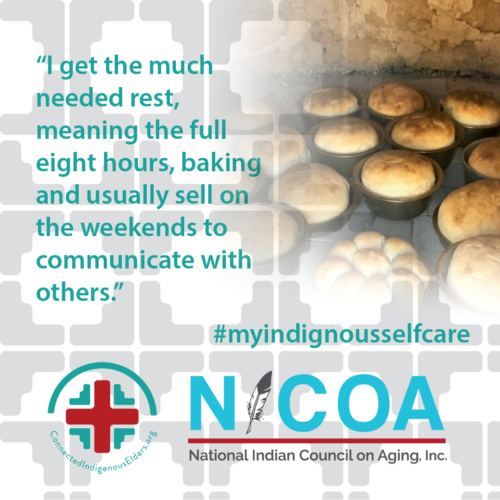 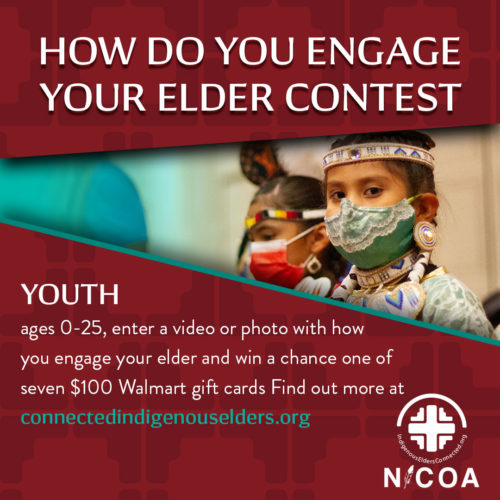 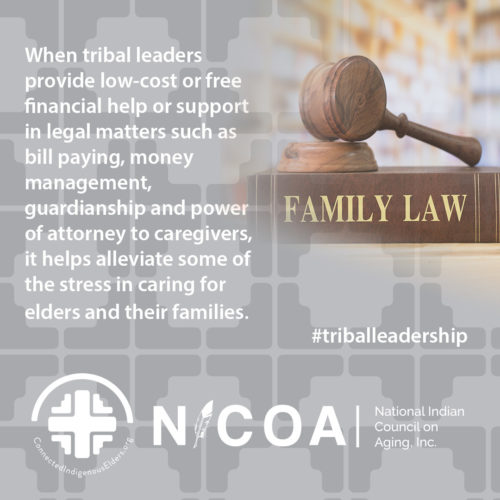 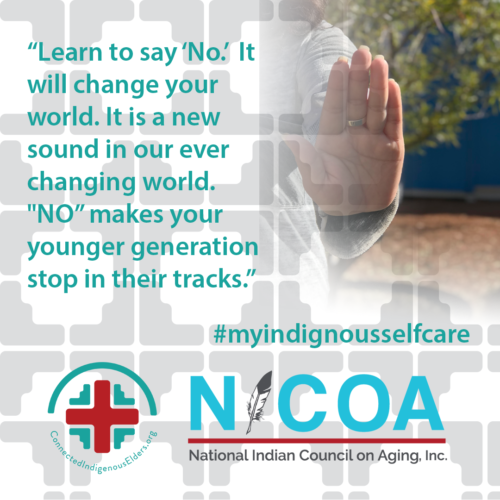 Check out these fact sheets for caregiving tips and information on resources and activities to help American Indian and Alaska Native elders with social isolation and loneliness.

We have created a coloring book to give youth ideas on how to help their elders keep from becoming socially isolated or lonely. The book is part of our Connected Indigenous Elders campaign and is available for download.

This 60-second PSA is part of our #ConnectedIndigenousElders campaign targeting elder social isolation and loneliness funded by the CDC Foundation. Elders, you are not alone. There are resources available for you to help keep you healthy and active. For more information, go to www.connectedindigenouselders.org.

Caregivers many times are family members who take care of a parent, spouse, sick relative or friend. They take on added responsibilities when caring for a loved one, sometimes neglecting themselves. Remember, you are not alone. This PSA, which is part of NICOA’s #ConnectedIndigenousElders campaign highlighting social isolation and caregiving issues in Indigenous communities, acknowledges caregivers and encourages self-care. For more information, go to www.connectedindigenouselders.org.

This 60-second PSA is part of our #ConnectedIndigenousElders campaign targeting elder social isolation and loneliness funded by the CDC Foundation. Tribal leaders have great responsibilities in our communities, including ensuring that our elders are safe and protected as they are the culture keepers. Tribal leaders can also create programs or policies for elders for further support and protection, and for their caregivers to ensure that those who care for elders have adequate leave from work or other support. Find out more how tribal leaders can further support elders and caregivers, go to www.connectedindigenouselders.org.