The passing of the 2018 farm bill should lead to provisions that benefit tribal nations across the country. 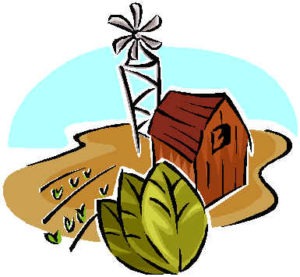 The passing of the 2018 farm bill should lead to provisions that benefit tribal nations across the country. The bill includes about 63 provisions for tribal governments, focused on food production, food security and infrastructure. It includes opportunities for tribal colleges to access agriculture research funds, and tribal governments to join with states on international trade delegations.

Food and agriculture are often regulated at the state level, so the federal farm bill frequently defers to state laws. Tribal governments were historically not granted the same authority as states, but that has changed in the farm bill.

Government commodity food programs have a long history of providing unhealthy options to Native American reservations. The Navajo Nation is the biggest and most populous reservation in the country, and it is largely considered a food desert. There are only 10 grocery stores serving the 150,000 Navajo people living there. That’s one grocery store for every 15,000 people.

There are far more convenience stores, but they only carry food that’s high in calories and fat, like candy, chips and soda. The lack of access to healthy foods has predictable consequences: Native Americans have the highest rate of diabetes in the country, according to the Indian Health Services and National Health Interview Survey.

Now, thanks to the farm bill, tribes can become part of a pilot project that allows them to control which goods are part of the program. The Shakopee Mdewakanton Sioux Community organized the Native Farm Bill Coalition as part of the tribe’s Seeds of Native Health campaign in the fall of 2017. Since then, 170 tribes across the U.S. have joined.