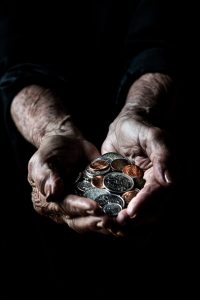 American Indian and Alaska Native households only have 8 cents of wealth for every dollar that the average white American household has, according to a study from 2000 — the last year Native wealth was measured systematically. This wealth gap has only increased in the past two decades. Native wealth data is not available from the U.S. government, so they are excluded from most research on racial wealth gaps.

American Indians and Alaska Natives have been disproportionately harmed by race-based policies, beginning with policies that supported slavery and taking land. Broken treaties and other government actions that forced Native people off their tribal land were devastating for Native culture and wealth. This includes policies like the General Allotment Act of 1887, which set in motion a 65 percent decrease in land held by tribes over the next 50 years. The impact of that one policy represents 90 million acres of lost community wealth. 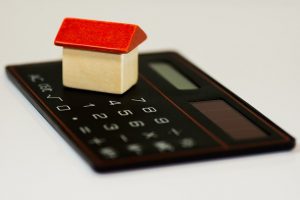 Broken treaties led to unemployment rates, Indian boarding schools led to high school dropout rates, slavery led to incarceration rates and redlining led to low homeownership rates. Homeownership and building wealth impacts generations, yet a predominant number of American Indian and Alaska Native people live in subsidized housing through the tribal housing authority, or in second- or third-hand trailer houses. Many Native people may not think of owning a home to build their wealth — but as a place to house their family.

Throughout U.S. history, policies that were very successful at building wealth for white Americans did not benefit American Indians and Alaska Natives in the same way. For example, the 1862 Homestead Act granted more than 270 million acres of land to private citizens and displaced Native people on the land. While the program was open to people of all races, it overwhelmingly benefitted white Americans. Today, the wealth of more than 46 million adults in the U.S. can be traced back to this policy. 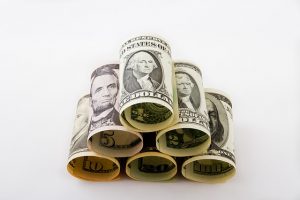 American Indian and Alaska Native people represent approximately 2 percent of the total U.S. population, yet research shows only 0.4 percent of mainstream U.S. philanthropic dollars are going to serve Native communities. The Bush Foundation recently donated $100 million to two nonprofit organizations in the upper Midwest to help bridge the wealth gap in Native communities. The Bush Foundation invests in American Indian and Alaska Native people and the 23 Native Nations across their region.

Research shows that activities like going to college, buying a home, and starting a business make a difference in building wealth. The Bush Foundation’s funds will help more people have these opportunities. However, research shows that these wealth-building strategies do not always pay off for American Indians and Alaska Natives to the same extent they do for white Americans. For example, Native people who own their homes have home values that are 40 percent lower than white households. While these funds can make a real difference, eliminating race-based wealth gaps ultimately requires eliminating racism in people and institutions.