Recommitment: A Message From the Executive Director

It has been almost a year since I assumed the position of executive director of the National Indian Council on Aging (NICOA) and it has been an exhilarating journey. 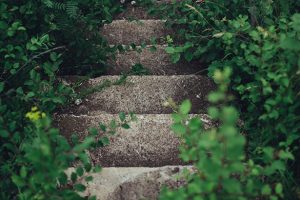 It has been almost a year since I assumed the position of executive director of the National Indian Council on Aging (NICOA) and it has been an exhilarating journey. I found that the paths of growth and vision were overgrown and a sense of “comfort and status quo” had overtaken these paths. Today, NICOA has a vision of recommitment to the cause for which it was originally intended: To be the nation’s voice for the nation’s American Indian and Alaskan Native elders.

This country, as we all know, is in the midst of a challenging time. It is the challenge that is characterized by the expression of volatile discourse that has led to discord, divisiveness and suspicion. The land upon which this country was established is covered by the ashes and dust of our ancestors — it is, therefore, sacred land.

What this country is going through currently — morally and philosophically — is an affront to the sacredness of this land. Our Mother, the land we revere, is pained by this. Wendell Chino, president of the Mescalero Tribe in 1976, in his address to the First National Indian Conference on Aging remarked that “The Indian people, at one time, were the greatest landowners of this country. Not only were they the greatest landowner, but the Indian people have been the greatest donors this world has ever known, for they have shared their land, their gold, their coal, their gas, their men and women, and, for a group of people who have given so much, we receive very little in return.”

He shared his understanding of the role of the elder by remarking, “The elderly Indian, down through the years, has been the preserver of the Indian race, Indian culture, Indian history. Today, we salute the Indian elder for preserving what is left of our Indianness. All that we hold so dear and so precious in our Indianness comes from those who have gone before us.”

These are words and beliefs that were true then and still rings true for us — the NICOA board members and those of us who work on behalf our Indian elders. We, as a people, have lived through hard times and survived. The National Indian Council on Aging understands that very well and will continue to advocate for the “precious” in Indian Country: Our Elders. Your prayers and support are greatly appreciated.