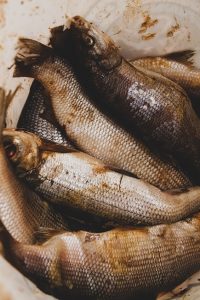 With tribes relying heavily on salmon and other seafood, they are affected more than most. Regulations under section 304 (a) of the federal Clean Water Act allow different concentrations of each pollutant, with the goal of limiting cancer risk to one in a million by assuming that people eat 175 grams of fish a day. But many tribal members eat more fish than state and federal regulations assume. The state Department of Ecology estimates the Suquamish locally source up to 96 percent of fish and 81 percent of shellfish they consume, eating more than 700 grams a day.

Under the Clean Water Act, tribes and states — not the federal government — are responsible for setting water-quality standards. But tribal leaders say the EPA failed to undertake government-to-government consultations with the tribes, in violation of treaties between the tribes and the U.S.

Tribal leaders from the Carrizo Comecrudo Tribe of Texas are challenging President Donald Trump’s border wall with a lawsuit against the federal government. In addition to sovereignty, the tribe is seeking monetary damages including compensation for pain and suffering. Tribal Chair Juan Mancias says they have claim to the original lands dating back to 1532 and the history to back it up. 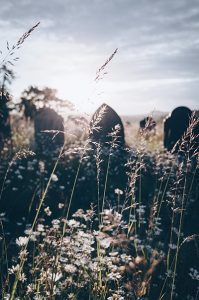 He says he hopes the suit will force border wall officials to be more transparent about their exact plans for the tribe’s Eli Jackson Cemetery in San Juan, Texas. He claims officials are misleading the public because the wall is not being built on the actual border and is being funded by taxpayers.

Despite a statement from the U.S. Customs and Border Protection Agency saying they would avoid going through the historic cemetery — where many of the tribe’s ancestors are buried — surveyors were recorded putting up stakes and colored ribbons on tribal lands to test soil in anticipation of building the border wall. In October, survey stakes appeared in the cemetery that seem to be marking off the 150-foot buffer zone on one side of the pending wall. The buffer zone covers an area of the cemetery containing marked graves, which would have to be exhumed and moved if construction of the wall proceeds.

The tribe, through their lawyer, issued a cease and desist order to employees working for a border wall subcontractor — a geological survey company called Southwest Drilling — because the crew was taking core samples from the ground on tribal land, but surveyors failed to adhere to the order and simply returned again later.

Mancias and his tribe say they plan to file documents in federal court that will establish their right to be consulted and to grant informed consent before the wall is constructed. Once those papers are submitted, they will then issue cease and desist orders to any construction crew working on the wall.

The lawsuit, filed in October, alleges that the Trump administration broke the law by reversing an Obama-era decision that had stopped an Alaska gold and copper mine over environmental concerns. The federal court suit claims the EPA’s action under Trump was illegal, arbitrary and capricious, and did not consider copious scientific and technical information developed in two years of study by the EPA under President Barack Obama’s administration. The EPA, reportedly after intervention by Trump, in July withdrew a determination that the massive proposed Pebble Mine would cause enormous potential harm to rivers and wetlands where salmon spawn.

The area the mine is proposed for in Bristol Bay is a sensitive and pristine watershed that is home to one of the world’s last and largest wild salmon spawning areas. It’s responsible for a vast quantity of the salmon fished and consumed in the world, and it sustains millions of fishers and Native populations across the northwest. The mine would be located between two of the most productive salmon streams in the Bristol Bay fishery.

Without the Obama EPA’s protection, Pebble Mine is free to move forward towards the permit process.