Earlier this month, the Red Cliff Band of Lake Superior Chippewa Indians won a federal lawsuit over Bayfield County, Wisconsin’s zoning enforcement. The tribe’s lawsuit centered on whether the county should be allowed to enforce its zoning laws on “fee simple” land owned by tribal members within the reservation.

The tribe claimed that the county overstepped its authority by attempting to enforce its own zoning codes, which were first laid out in 1976, on lands held by tribal members without congressional approval. The Red Cliff Band of Lake Superior Chippewa Indians first sued Bayfield County in October 2018, asserting that the county’s attempts to enforce its zoning ordinances on land held by tribal members violated federal law.

The tribe’s reservation on the south shore of Lake Superior in the northeast corner of the county was first partitioned as part of a historic 1854 treaty known as the Treaty with the Chippewa after decades of negotiations. The federal government executed the treaty with Lake Superior bands of Ojibwe in Minnesota, Wisconsin and Michigan. The Ojibwe, of which the Lake Superior Chippewa are a successor, ceded more than 7 million acres of land rich in iron deposits in return for a government promise of permanent, tax-exempt reservations. 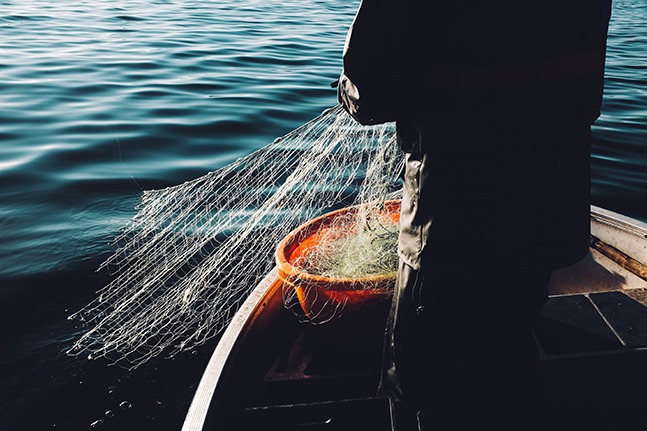 In a 2-1 split, the Minnesota Court of Appeals recently ruled in favor of the state in an appeal by a Fond du Lac Band member of his gross misdemeanor conviction for netting on Gull Lake in 2015.

James Warren Northrup, 51, was one of two Ojibwe men charged for setting a gill net in Hole-in-the-Day Bay on Gull Lake in 2015 as part of an organized demonstration highlighting what protesters described as off-reservation hunting and gathering rights established by an 1855 treaty. Minnesota Department of Natural Resources officials issued citations for illegal taking of fish, netting without a license, lack of boating registration and for not having flotation devices.

An attorney for Northrup said pursuing the appeal was a matter of showing the state of Minnesota that all Chippewa Indians — otherwise known as Ojibwe or Anishinaabe — have rights to hunt, fish and gather in the 1855 ceded territory, of which Gull Lake is a part.

Arguing on behalf of the state, Crow Wing County Attorney Don Ryan said Northrup’s membership in the Fond du Lac Band means he is not party to any treaty establishing those rights in the area. To support this argument, Ryan pointed to an 1854 treaty establishing a north-south boundary between the territory of the Mississippi River Band of Chippewa Indians and the Lake Superior Chippewa Bands. As a Lake Superior Chippewa band, the Fond du Lac Band was not a signatory to the 1855 treaty, he said.

Federally recognized tribes are American Indian or Alaskan Native tribal entities that have sovereignty within the U.S. Recognized tribes can do direct business with the federal government and are entitled to certain benefits, services and protections. The people of Chinook Indian Nation are the original inhabitants around the mouth of the Columbia River. They are descendants of a tribal elder who began the campaign in the 1890s to get promised compensation for tribal land that was taken from them illegally after signing a treaty that Congress failed to ratify.

The U.S. Congress never ratified the treaty that the tribe and other coastal bands signed in 1851. The Chinook hired its first lawyers to fight for land rights in 1899 and its legal battles have continued ever since. They were granted official status in January 2001, but the status was rescinded 18 months later by the George W. Bush administration. The judge’s January 2020 ruling vacates a 2015 decision by the U.S. Department of the Interior, which prevented the tribe from seeking official tribal status.