The lawsuit alleges that the state’s agencies didn’t provide ample opportunities to register to vote or update voter registration information at places like motor vehicle and public assistance offices in areas near American Indian reservations. Federal law requires the agencies to help people register to vote at those kinds of offices, including ones that provide public assistance or serve people with disabilities. The complaint documents a steep drop in voter registration applications from public assistance agencies in recent years, and other clear evidence of non-compliance with the NVRA.

A lawsuit filed by the Montana American Civil Liberties Union against Montana Secretary of State Corey Stapleton made its first appearance in Yellowstone County District Court this month, alleging a 2018 state voter law restricts American Indians’ access to the polls.

The Montana ACLU asked the court to overturn the Montana Ballot Interference Prevention Act. The ACLU argues that the law limits access to voting on Montana’s reservations. The law restricts the advocacy groups from collecting ballots from reservation residents who may otherwise have to drive an hour or more to drop off their ballot. In the past, voter advocacy groups would pick up ballots from people across the reservation leading up to election day.

The law makes it so that one person may only drop off up to six ballots per election to a polling place. Plaintiffs said vote organizers collected about 85 ballots each in previous elections. 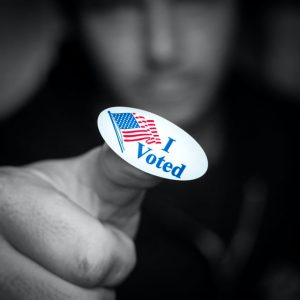 The law also institutes a fine of up to $500 for bringing ballots to the post office on behalf of relatives or neighbors. It defines a “family member” as “an individual who is related to the voter by blood, marriage, adoption or legal guardianship,” but that definition is incompatible with American Indian family structures, which include extended family and community members, the plaintiffs said.

The law was introduced to the state Legislature in 2018 by Republican Senator Al Olszewski, who had argued that voters were being confronted at their homes by aggressive ballot collectors, though he could not provide any such proof.

The case may not see a ruling for several weeks.

A bipartisan bill to allow American Indian tribes to become more self-reliant passed the U.S. House of Representatives last week, clearing a path for it to be signed into law by President Donald Trump.

The Practical Reforms and Other Goals To Reinforce the Effectiveness of Self-Governance and Self-Determination (PROGRESS) for Indian Tribes Act of 2019 passed the House by a voice vote. The legislation amends the Indian Self-Determination and Education Assistance Act of 1975 to streamline the Department of Interior’s process for approving self-governance contracts and annual funding agreements for Indian programs.

The bipartisan legislation will assist approximately 400 tribes that currently participate in the Self-Governance program to streamline and bring down the costs associated with the administration of programs, according to W. Ron Allen (Jamestown S’Klallam Tribe) chair of the Self-Governance Communication and Education Tribal Consortium.