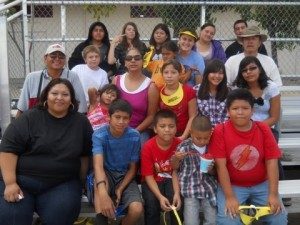 This press release was originally posted on the Department of Interior website at www.doi.gov.

The guidelines explain the ICWA statute and regulations while also providing examples of best practices for its implementation, the goal of which is to encourage greater uniformity in the application of ICWA measures.

“The BIA’s updated Indian Child Welfare Act guidelines are the capstone of the Obama Administration’s efforts to support the stability and security of Indian families and tribes by providing a more consistent interpretation of ICWA, regardless of the child welfare worker, judge or state involved,” Roberts said.  “I want to thank tribal leaders, the Indian child welfare community, and our state and federal partners for their valuable input and assistance with updating the guidelines.  The guidelines themselves will help with ensuring the rights of Indian children and their families under ICWA, and in strengthening the cohesiveness of tribal communities everywhere.”

The BIA first published its ICWA guidelines in 1979, shortly after the law’s passage.  While the Department updated the guidelines in 2015, it updated them further to complement its recently finalized regulations which became effective on December 12, 2016.

Congress enacted IWCA to address the separation of Indian children from their families at a disproportionately high rate, as a result of state agency policies and practices that placed the children in non-Indian foster and adoptive homes.

Based on 2013 data, Native children nationwide are represented in state foster care at a rate 2.5 times greater than their presence in the general population.  In some states, Native American children are represented in state foster-care systems at rates as high as 14.8 times their presence in the general population of that state.

Since ICWA’s enactment, state courts and state agencies have sometimes differed in their interpretations of the law and been inconsistent in their implementation of it.  To address this problem, the updated guidelines provide information for them to consider in carrying out the Act’s and final rule’s requirements, often drawing upon approaches states have already used.

In developing these guidelines, the Office of the Assistant Secretary – Indian Affairs worked closely with the Children’s Bureau of the Administration for Children and Families in the U.S.  Department of Health and Human Services and with the U.S. Department of Justice to produce a document that reflected the expertise of all three agencies.  Its development was also informed by public hearings, tribal consultations, and more than 2,100 written comments on the March 2015 proposed rule, as well as input received during training conducted on the final rule from July 2016 to November.

To view the updated guidelines, visit the Indian Affairs web site at: http://www.indianaffairs.gov/WhoWeAre/BIA/OIS/HumanServices/IndianChildWelfareAct/index.htm.

The Office of Indian Services’ Division of Human Services administers the BIA’s ICWA regulations at 25 CFR Part 23 and the guidelines.  For more information, visit http://www.indianaffairs.gov/WhoWeAre/BIA/OIS/HumanServices/IndianChildWelfareAct/index.htm.