There are 4.7 million American Indians who are of voting age, according to a report titled “Obstacles at Every Turn: Barriers to Political Participation Faced by Native American Voters.” However, only 66 percent of those eligible to vote are registered. Over 1.5 million Native people are eligible to vote but remain unregistered. American Indians face specific barriers to political participation throughout the voting process.

Additionally, the report finds 11 general barriers that contribute to the problem: geographical isolation, physical and natural barriers, poorly maintained or non-existent roads, distance and limited hours of government offices, technological barriers and the digital divide, low levels of educational attainment, depressed socioeconomic conditions, homelessness and housing insecurity, non-traditional mailing addresses, lack of funding for elections, and discrimination. Language can also be a barrier to participation if jurisdictions fail to provide language assistance along with all voting materials.

Distance to polling locations is the most consistent obstacle for American Indians. It is not uncommon for tribal voters to be assigned to polling places that are unreasonably far away and require significant travel time, in violation of the Voting Rights Act. Compared to other voters, many Native people have less access to early voting and voter registration.

If you do not currently have a voter registration, early voting, or election day polling place in your community, you can request one with your county clerk or other local election official. The National Congress of American Indians (NCAI) has developed a sample letter for you to modify and use to begin the dialogue with your local election officials. Act now to ensure that your tribal citizens have equal access to register and vote can significantly increase voter turnout.

Even if American Indians succeed in registering to vote, they may face further challenges in casting their ballots. The report states that limited funding and resources lead election officials to provide inadequate facilities and equipment to Native communities. In order to avoid difficulties that come with voting by mail, distant in-person voting, or early voting, Native leaders advocate for polling places near or in Native communities but are often met with resistance. The report outlines ways in which state laws create arbitrary population thresholds in order for communities to qualify for their own polling place.

A lack of American Indian election workers, a lack of pre-election outreach, and overall cultural and political isolation all contribute to hesitancy or inability to cast a ballot. The report cites the lack of ballot canvassing opportunities, failure to count ballots cast out-of-precinct and bans on ballot harvesting as reasons for how election officials may try to actively prevent American Indians from distributing forms and returning their votes. Having to rely on occasionally uninformed election workers and their subjective decisions on whether voters’ signatures match on their forms means that many ballots are rejected. By rarely giving Native people a chance to defend their ballots or correct errors, the report suggests that election officials can regularly disenfranchise eligible voters.

States may attempt to further reduce American Indian voting strength by redistricting. Officials can draw district lines so Native voters are placed “into one or only a few districts so that the remaining districts are easier for [non-Natives] to control,” states the report. States may also divide Native voters, breaking up their communities into multiple districts to weaken their voting bloc’s power and allow non-Native groups to dominate elections. 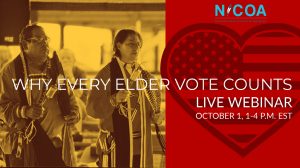 In many close races in recent years, the margin of victory has been less than half of a percent. In these places the Native vote makes all the difference. While the American Indian population in the United States is relatively small at about 2 percent of the general population, in many states and districts, Native voters make up a sizable portion of eligible voters.

Expanding the Native Vote Coordinator Network is foundational for revitalizing civic engagement. If your tribe does not have a Native Vote Coordinator, designate one as soon as possible. Coordinators serve as liaisons between the NCAI and the local Native voters in tribal communities. They are responsible for encouraging active voter participation through activities such as: registration drives, candidate education forums, ballot initiative community discussions, and phone banks. Once you have designated a Native Vote coordinator for you tribe, contact NCAI.

The Native vote could influence the outcome of many elections, as long as they register to vote, hold candidates accountable for their positions, and turn out to vote on election day. Let the candidates know that the Native vote is strong and you, along with your network of tribal citizens and advocates, have been watching and listening to the commitments made to tribal nations on the campaign trail, and also, to the commitments made to those who oppose tribal rights.

Read the report
Register to vote